Diabetic people are more prone to have heart related problems at their early ages. In addition, diabetes also enhances the risk of Alzheimer’s and some other variants in later ages, latest research stated.

The study observed around 1000 people of approximately 60 years and reached to the conclusion that diabetic people have 50 percent more chances to suffer from Alzheimer disease.

“It’s really important for the [public’s] health to understand that diabetes is a significant risk factor for all of these types of dementia,” says Rachel Whitmer, Ph.D., an epidemiologist in the research division of Kaiser Permanente Northern California, a nonprofit health-care organization based in Oakland, California.

Whitmer was not exactly in the research team but studied the risks caused by Alzheimer. It has been found that there are many linkages between diabetes and dementia. The study is indeed comprehensive and clearly charts out that diabetic people have more risk and emphasize the need of precautionary measures as such.

In diabetes, because of increased sugar level in blood, body becomes unable to break amyloid (a protein) which is responsible for formation of plaque in brain. It finds linkage in Alzheimer disease.

In addition, high blood sugar narrows down brain’s arteries which is responsible for a condition called vascular dementia. High glucose level plays like stressor for blood vessels and nervous system. In 1990s also, some studies were conducted emphasizing that diabetic people have more chances to develop dementia but they could not maintain consistency.

The latest research was conducted by Yutaka Kiyohara who is a researcher at Kyushu University. At the initial phase of study, around 15 percent people were suffering from full-fledged diabetes. Around 23 percent of people had a condition known as impaired glucose tolerance.

So, this study can lead to some effective treatments by having shown the linkage between dementia and diabetes. It was published in the journal Neurology 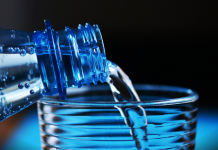 Beauty Myths That Need to Die

Liposuction: Love It or Leave It? (Part 2)