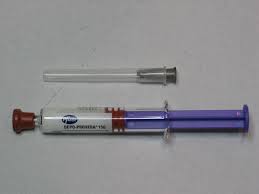 A recent research says that women who use a particular type of injectable contraceptive known as Medroxyprogesterone acetate (DMPA), have a higher risk of contracting HIV.
This was gathered from an analysis of 12 studies done in Sub-Saharan Africa. The analysis showed that injectable contraceptive (DMPA) caused a 40% increased risk of contracting HIV when compared to other non-hormonal contraceptives and in women who do not use any birth control method.
The contraceptive methodroxyprogesterone acetate is available under the brand name Depo-Provera that is administered as a shot every three months.
The exact cause of the risk of this drug is still unknown, but researchers hypothesize that it may be due to the higher levels of progestine (a synthetic version of the natural progesterone) that changes the lining of the vagina and has a detrimental effect on local immunity of the vagina. Thus, increasing the risk of HIV infection.
Researchers stated that despite not linking the use of other types of hormonal contraceptives to increased risk of contracting HIV; further research is needed to understand the underlying biological mechanism and physiological effects.
The study was published in The Lancet.

10 Unconventional Diet Tips: How To Lose 50 Pounds In Three...

Skin Care Things to Remember When You’re Getting a Tattoo